During this unprecedented time of the current COVID-19 outbreak, we wish everyone to stay safe and healthy.

Aircraft Component Repair (ACR) remains operational while exercising abundant amount of caution in accordance with the government, World Health Organization (WHO) and Center for Disease & Control (CDC) guidelines. Barring government mandated shutdowns, we expect to continue our normal workflow with minimum or no effect on the TAT. However, this may change depending on the progress of the pandemic and the change in policy of the Federal, State, and the Local government. We are also working with our vendors to ensure there is minimum or no interruption in our supply chain. However, please do expect minor delays in shipment due to delays in the logistic processing.

While it’s hard to forecast the market and the effect of TAT with the current situation, we remain committed to our customers and will continue to do our best to meet their demands and will update you should the situation escalate and our operations become affected. Thank you for your continued support for ACR and please feel free to contact us should you have any questions.

END_OF_DOCUMENT_TOKEN_TO_BE_REPLACED

ACR is going to be at PBExpo in Fort Lauderdale, FL!

Come see us at Booth 727 between 3/13/19 and 3/14/19. PBExpo is not just another aviation tradeshow. It’s a technology show for the aviation marketplace. Learn more here!

END_OF_DOCUMENT_TOKEN_TO_BE_REPLACED

ACR Is at MRO Europe!

MRO Europe is the premier event in the region for the commercial air transport maintenance, repair and overhaul industry. MRO Europe provides a world class venue for all those involved in the MRO sector to exchange ideas and best practices, share experiences, debate issues and challenges and gather knowledge.

END_OF_DOCUMENT_TOKEN_TO_BE_REPLACED

ACR at the Singapore Airshow!

We will be exhibiting at the Singapore Airshow February 6th through February 11th!

The Singapore Airshow, one of the largest and most important aerospace events in the world, is the place to be for aerospace aficionados and industry participants alike. Featuring static aircraft and aerial displays, visitors won’t want to miss this year’s event. And for those in the aeronautics industry, hundreds of companies of all sizes will be featuring their services.

If you will be attending the event, make sure to come visit us at the USA Pavillion!

END_OF_DOCUMENT_TOKEN_TO_BE_REPLACED

There is a subtle moment of anticipation. An exchanged cursory glance. A half-cocked smile. And then a quick slash of a blade.

No, this is not the opening prologue to a generic, pulp mystery novella but actually the daily curiosity of the Aircraft Component Repair (ACR) Receiving Department. The experience is much like the joy of opening a box of Cracker Jacks and it’s notable slogan, “there’s a surprise in every box!”

We never know what will arrive at the loading dock of our facility. We’ve received many different components, such as air cycle machines, air starters, CSD and IDG Housings, cylinder blocks, to name a few different types of aircraft components. Chances are we have received one and developed a repair for the part. In fact, in our near forty years of being in the aircraft repair business, we’ve developed thousands of unique mechanical piece-part (SRU) repairs to service airline customers worldwide. Whether the repairs are targeted towards valves, shafts, flappers or fuel pumps, ACR provides high-quality, specialty repair and repair development services as an alternative to reducing costs for our customers and prevent customers from spending more money new parts.

Although the market for overhaul and repair work in the aviation industry is rather broad, we specialize in a niche as a repair station specializing in development of repairs that go beyond the original equipment manufacturer’s (OEM) specifications. In fact, ACR has specific FAA-Authority to create minor repairs considered Federal Aviation Administration (FAA) acceptable right out of the box! We have a trusted, established relationship with the FAA and is a major source of pride for the company. But the company’s standing relationship with government aviation authorities isn’t just limited to the United States. ACR has expanded its global engineering capabilities to receive approved certification as a repair station from EASA, China CAAC, Thai DGAC and Indonesian DGAC as well. Which only adds extra intrigue to the daily operations of the ACR Receiving Department as it’s not just the fun of guessing what’s in the box, but where in the world the box shipped from too!

Aircraft Component Repair (ACR) will be an exhibitor at the Aviation Week MRO Europe October 14-15, 2015 in London, England. Please stop by our booth #342 to say hello and inquire about how our services can assist your company!

END_OF_DOCUMENT_TOKEN_TO_BE_REPLACED

Announcing the All New ACR Blog!

As the title of this blog post suggests, change is afoot at Aircraft Component Repair.

We’ve been eager for some time now to share with our visitors the knowledge we have accumulated over the years on best practices, industry trends, and relevant news. Now we have the platform to do so!

We encourage our readers to interact with the blog to fuel the space with new insights and enthusiastic dialogue.

END_OF_DOCUMENT_TOKEN_TO_BE_REPLACED 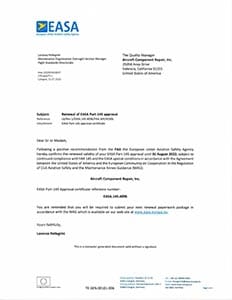 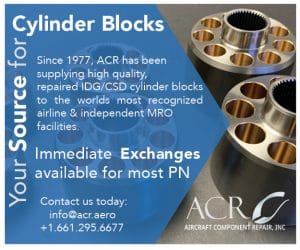